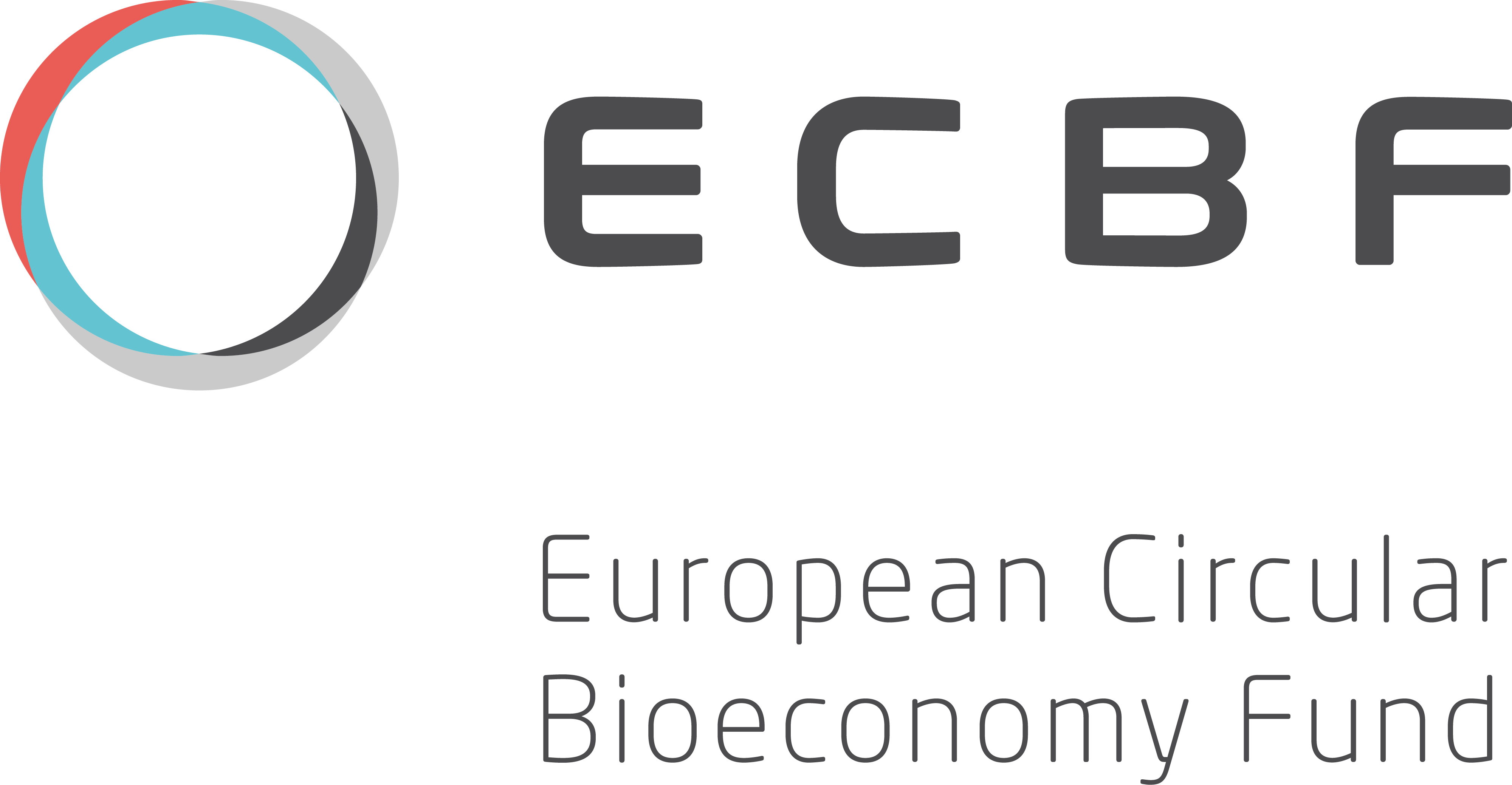 We invest capital for a more sustainable economy

To understand the bioeconomy, it’s helpful to think of digitalisation — or the process of using digital tech to change business models and provide new revenue opportunities. Now replace the word “digital’ with “biological”, and you’ve got it.

The bioeconomy, while broad in scope, is narrow in definition. It includes all the economic activity that comes from using renewable biomass — or material from plants and animals — to produce food, feed, bio-based products and energy.

The company takes low-grade food waste, uses it to cultivate black soldier fly larvae and turns these larvae into feeds for pets, fish, chicken and other animals.

“We developed everything ourselves, which allowed us to become the market leader in this category. Which is quite spectacular, if I may say so,” Kees Aarts, CEO of Protix told Sifted, shortly after the company announced a €50m equity funding round.

Back in 2012, the European Commission published a report on the bioeconomy’s “great potential” for Europe: “It can maintain and create economic growth and jobs in rural, coastal and industrial areas, reduce fossil fuel dependence and improve the economic and environmental sustainability of primary production and processing industries.”

Europe’s bioeconomy comes with some pretty big promises — and just a decade later its potential is seemingly on the cusp of being realised.

For one, it’s large and growing; according to the latest numbers published by the European Commission, over 17m Europeans were employed in the sector in 2019. Some recent estimates say its turnover was valued at €2.4tn in 2017 — a 25% increase from 2008.

It includes everything from bio-based textiles and dye alternatives to using microorganisms instead of chemical fertilisers. It also includes creating raw materials for beauty products, meat and protein alternatives from biological sources and more exotic solutions like human waste-based mechanical lubricants.

Investors have turned their attention to the innovative side of the market as well, smelling huge potential for disruption. Just last week, the European Circular Bioeconomy Fund (ECBF) announced an oversubscribed funding round of €300m, with €100m backed by the European Innovation Bank.

“We believe there’s absolutely no alternative than to develop an economy which takes the resources from nature and uses them as long as possible,” Michael Brandkamp, managing director of the ECBF, told Sifted last week. Brandkamp was previously involved in the founding of the wildly successful German VC High-Tech Gründerfonds.

Brandkamp chalks the ECBF’s success down to three reasons. “Today, there’s really great pull from the market. Secondly, you have a great push from all public institutions. And thirdly, in Europe, we still have world-leading R&D in this area.”

The fund was set up to help European circular bioeconomy companies scale on a global level: “These companies are not at an early stage anymore, the technologies are more or less developed and so we can invest to scale them. We plan to invest in 25 companies, with tickets of €5m to €15m.”

ECBF also participated in Protix’s latest funding round. Brandkamp says setting up this fund has been particularly exciting, not only because they’re playing a role in literally saving the planet, but also because companies in the bioeconomy have high chances for big returns.

“Most of the innovations are connected with very large and growing markets, huge markets, and so they can grow rapidly. The transformation process will speed up, so the demand for this kind of products will increase,” he tells Sifted. “So then you can speed up your company, or your accelerated company very nicely, very fast. If you have these kinds of disruptive changes, in dynamic markets, you usually have a greater chance for large returns.”

Taking on large — and wasteful — markets

But Brandkamp mentions some caveats as well: “It’s not as easy as software to scale up.”

Setting up and scaling production facilities can be challenging, and educating the market and creating demand even more so, as bioeconomy startups are creating completely new alternatives. From supply to production to packaging to marketing, they have to do it all from scratch.

“We are a new category of insect-based raw material, so need to work with our customers to develop ideas and concepts for what this material can be used for. Could there be health benefits that result from our products?” Aarts says of Protix. “The material is, for example, high in antioxidants, but we’ve also proven that the insect feed produced behavioural changes in poultry. Chickens were less likely to hurt each other when fed our product.”

“We’re not only producing a new material, but a whole new production chain,” Hoitink tells Sifted. MycoTEX developed a process that allows clothes or shoes to be cultivated from mycelium in 3D, eliminating waste produced by cutting traditional fabrics.

“Depending on the type of garment, between 10 and 30% of the fabric is wasted as scraps,” she says, and that’s not mentioning the ridiculous amount of water that’s needed to grow crops like cotton.

How it works is that the garments are grown on 3D scaffolding models, and take around three days to grow, with an extra day for putting the garment together. “We’re positioning the material as something in between plastic and leather, with similar properties. But it’s a completely new material, with a completely new production chain.” This makes it ideal for creating jackets, shoes or bags.

“We are a new category of insect-based raw material, so need to work with our customers to develop ideas and concepts for what this material can be used for”

“We’re currently working with a client for a launch of a product sometime next year,” although Hoitink could not yet share who that client is.

“The process is fully scalable,” she says; the moment you order a MycoTEX jacket it can be grown on demand, and be delivered in days. And when you’re done with it, it’s completely compostable.

The upsides for both the environment and VC returns are sometimes astonishing. Aarts tells Sifted Protix is basically “the most efficient vertical farm in the world, when it comes to protein production.” Their insect farm produces 10,000 tonnes of protein per hectare per year. Care to guess how much — extremely efficient — soy production delivers? Three tonnes.

Efficiency is one of the bioeconomy’s main drivers, but there are some rules to being circular; production of biomass, for example, can’t compete with food production — which famously happened when corn used for biofuel caused a price spike in Mexican tortillas and massive protests — and may not harm the environment.

Efficiency could also lead to one of the bioeconomy’s most underappreciated opportunities — a revitalisation of Europe’s rural areas. The European Commission is banking on the idea that moving production facilities closer to the places where raw material is actually grown can help create jobs in underpopulated areas.

Prolupin, another ECBF-backed company, is an example. The company uses lupin, a protein-rich plant traditionally grown in northern Germany, to create a whole line of milk-replacement products. The lupin is grown, harvested and processed locally, benefiting the local rural economy.

“I love this transformation,” Brandkamp tells Sifted. “If things are changing and there is a very high level of uncertainty and you don’t know what the next steps will be, that is exciting for me.”

When asked to compare this new wave of companies with his experience with early internet startups he says: “It’s great to have new phones or new apps, but it’s not so necessary if you compare that to new sources of food and avoiding climate change.”

“We need to stop exploiting our planet, the petrochemical industry will come to an end, very soon. But usually you see an exponential growth rate in these kinds of transformation processes. We have seen that in digitalisation earlier, and we will see a similar development in the bioeconomy.”

We invest capital for a more sustainable economy